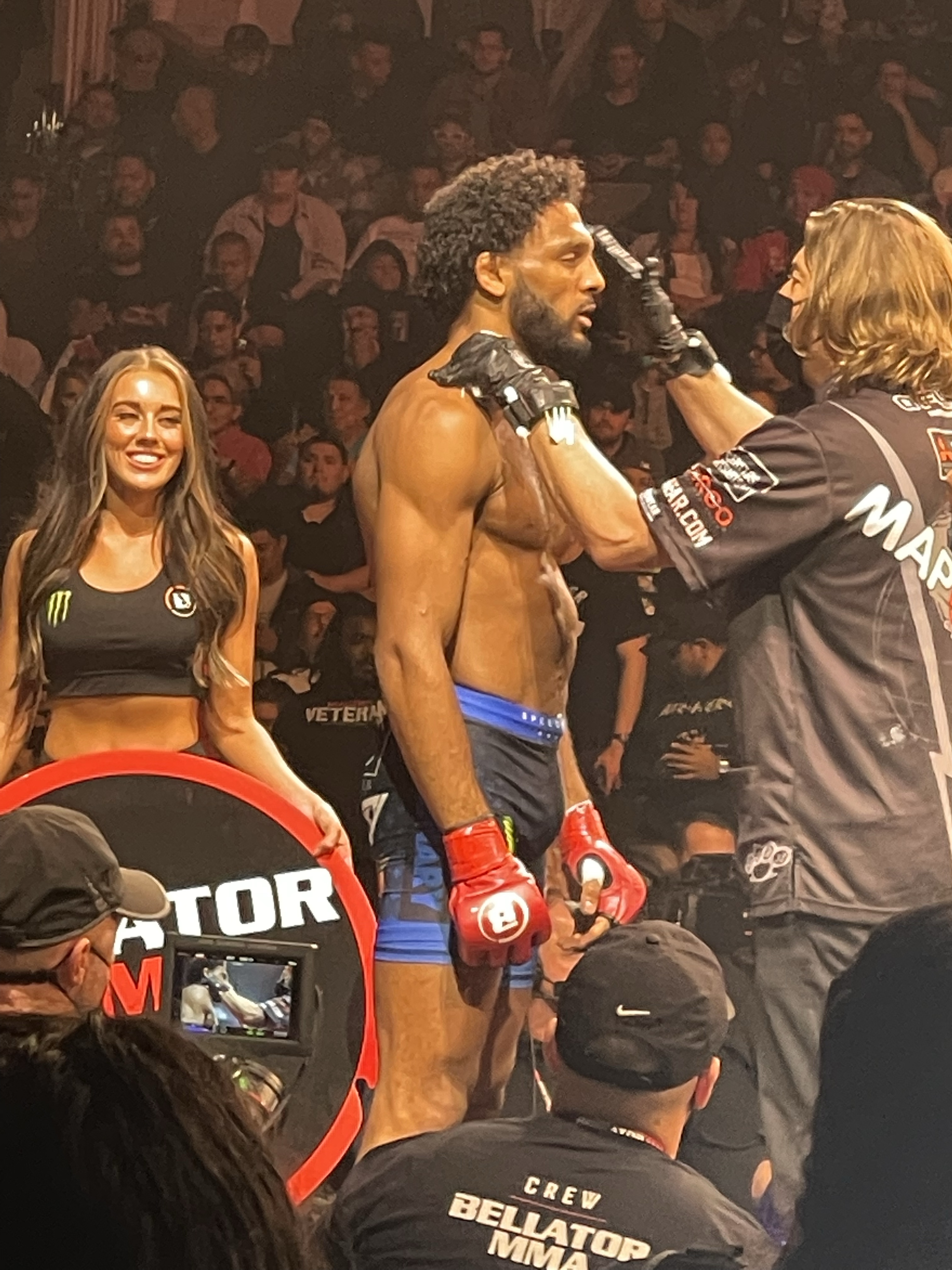 Long Beach native AJ McKee (18-1) suffered the first loss of his career in his rematch to featherweight Patricio Pitbull. (33-5)

The fight concluded with a unanimous decision in favor of the new reigning Featherweight Champion Patricio Pitbull.

The fight went the distance lasting all five rounds.

McKee began the fight on the defensive attempting to bait his opponent into attacking.

Pitbull responded with a sequence of leg kicks in an attempt to limit McKee’s mobility.

The second round was to close to call as it could have gone to either fighter.

Pitbull landed multiple leg kicks continuing with his strategy to slow McKee down. He also land multiple clean strikes to the face and body scoring cleanly.

After realizing his opponent wasn’t going for the bait, McKee went on the offensive scoring a couple take downs scoring big.

In the third round McKee found himself in serious trouble.

After an offensive onslaught from the former champion, Pitbull countered trapping McKee in a guillotine choke hold.

But Some how, some way McKee was able to escape the choke hold.

In the press conference Pitbull corner spoke on McKee’s hair having a lot of hair gel in it, which allowed him to escape the choke hold.

McKee came out aggressively to begin the 4 round in a attempt to capture a knockout.

The judges all seen the fight the same way, with the unanimous decision going in favor of Patricio Pitbull.

Many were shocked by this decision, calling the fight a sham.

Many believed besides being caught in a choke hold he dominated the fight.

In a interview The Smo did with legend Rampage Jackson, he started “That was the worst robbery I’ve ever seen in MMA”

After the press conference the Pitbull brothers celebrated the victory.

The brothers now both hold championship belts in Bellator.