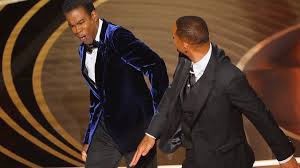 I know the title of this post is kind of to the point but we all know what happened on the night of the Oscars caught the entire world off guard but honestly, I don’t know about the rest of the world but I stand by Will.

He was defending his wife regardless of the past entanglements, the drama from his past movies or anything that made him square out.

He was ready to square up & box! Ha. See what I did there.

So with all of that being said, I don’t think Will Smith was wrong for defending his wife. After getting that side eye that was his queue to stand up for his.. and he did! 👏🏾👏🏾 West Philly is proud.