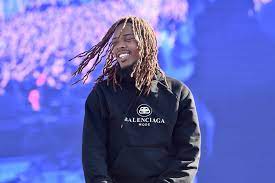 Willie Junior Maxwell II, or as you know him, rapper Fetty Wap has been indicted on charges of drug trafficking at the Citi Field Stadium in Long Island.

The artist is famously known for his hits like “Trap Queen”. The 30-year old rapper was arrested on Thursday along with five other suspects for conspiring to distribute and sell drugs like heroin and Fentanyl.

The search warrants included not just drugs but a .45 caliber pistol, 16 kilograms of cocaine, fentanyl pills, 2 kilograms of heroin, 3 more firearms and $1.5M in cash.

Fetty Wap he will be making his court appearance today, Friday, October 29th, 2021 in New York.

Check back for updates.