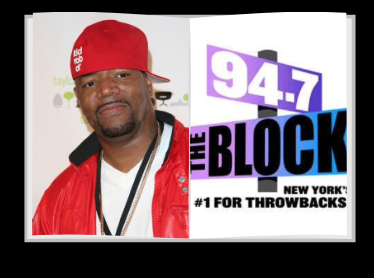 This is different. It has been reported that a radio station in New York has decided to completely change it’s genre.

WNSH (94.7) is a now converting to the good ol fashioned sounds of classic hip hop! I dont live in New York but I couldn’t be more excited as a hip hop fan than I am right now.

The station is now calling itself ‘94.7 The Block’ and in Cali we have 94.7 The Wave. For their debuting the station played 25K songs ad-free giving people all the dope classic hip-hop starting with Alicia Keys feat. Jay-Z “Empire State of Mind.”

The transition was presented by no one other than the original himself, Ed Lover. But don’t think they just up and left completely… 1-hour of country in the morning and the rest is left up to the chillest and most nostalgic music on our time.

This is going to be an interesting transition for the audience in my opinion. But I’m sure they have a station already hooked up and ready to stream! Good Luck now NY listeners don’t start talking that Sh*t!