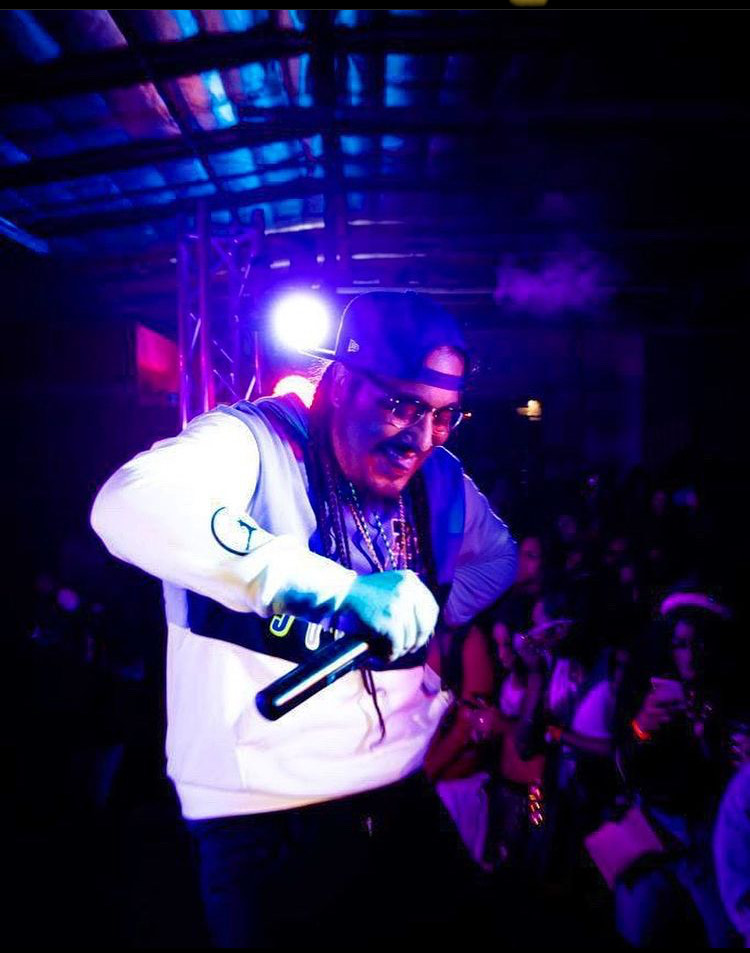 Hollywood the star, the South Central raised rapper, has been rising rapidly in 2021. With the hit single, “Right Now” featuring Chef Boy, going viral on Tik Tok, people from around the country doing dances to the single is rapidly pushing its popularity. The fun party song has everyone from the teenage crowd all the way to the older crowd participating in this dancing challenge via Tik Tok. With the country back open, musicians like Hollywood can now ride the wave of a hit record and make sure the song is performed in front of as many crowds as possible. Hollywood performed at the Steven G concert which was held at Riverside Studios, May 21st 2021, and the crowd was singing each lyric as he rapped across that stage.

Hollywood The Star is still riding the wave of the success of hit single “Right Now”, however he is right back in the lab and has another single ready to drop. Hollywood came onto the Higher Lurnin Podcast as a guest, and blessed us with a preview of the new single off air, and it is another hit coming to keep us dancing! Being a husband, father, and an artist can be more than a lot, especially being so heavily involved with your family, but Hollywood The Star makes it look easy keeping his family involved with his career. To catch Hollywood’s full interview on the Higher Lurnin Podcast, go to the Politikan Broadcasting youtube channel to get to know Hollywood on a more personal level. Hollywood will be live at the 90-2000’s day party July 31st at Riverside Studios performing “Right Now”. With Hollywood rising so fast in the industry, it’s interesting to see what he has next that’s going to shake the game up. Could be a tour, could be a new show, or a podcast with Higher Lurnin host Ron Ron. Stay tuned….