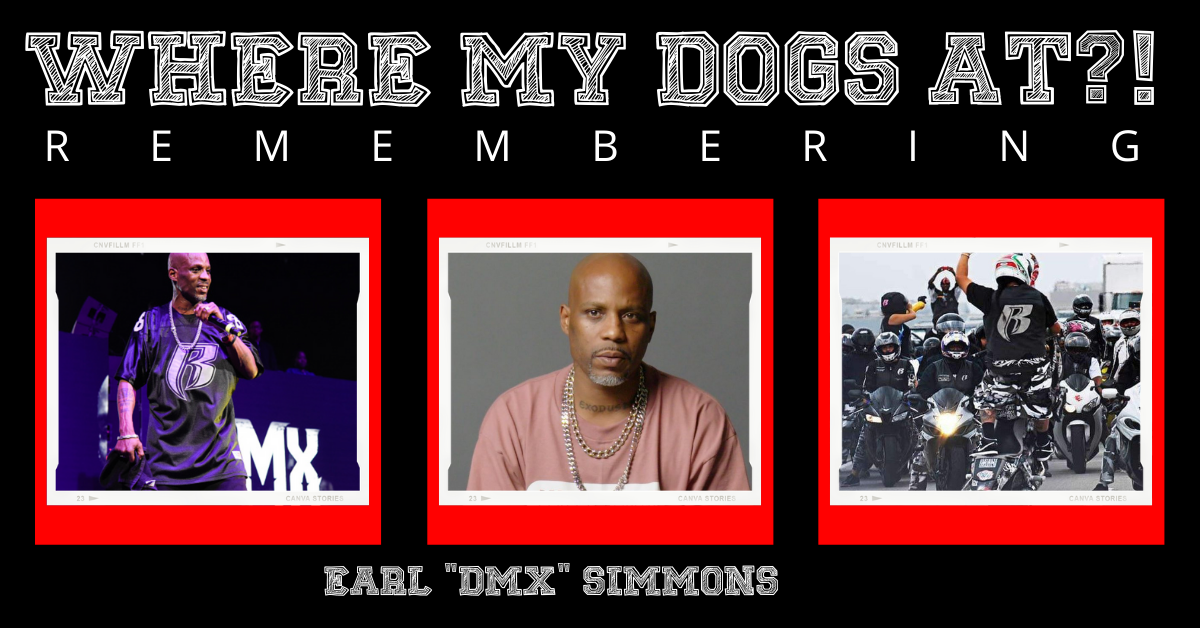 It’s a sad day in the music industry. Someone noted that we haven’t had too many big losses this year. It was Dr. Dre in critical condition, the pandemic, stimulus delay, and children missing the most essential time of their lives but now we have the most memorable loss of 2021. Earl Simmons famously known as DMX started his music career barking the most real lyrics with the Ruff Ryders.

STOP! DROP! SHUT EM DOWN OPEN UP SHOP! You could count on the Ruff Ryders Anthem to blast through speakers in stores, cars, and of course concerts where he took the stage. It was Woodstock ’99. Every single person screaming for the East Coast rapper.

But that’s not where it started. DMX began beatboxing for a local rapper, Ready Ron in 1984. After serving time in prison, he dedicated his time to writing his rhymes and later performed for children at his local recreation center. By 1991, he was noticed by The Source Magazine as Unsigned Hype. A notable piece in the magazine. He was on his way up from there. A year later, he signed to Ruffhouse Records under Columbia Records. It was all inevitable and predestined.

As noted, the world waited for a verdict as he entered his local hospital this past week due to an overdose. It took the world by storm. But as we know the old saying… “All Dogs Go To Heaven” we must say, this dog definitely earned his stripes and got to smell his flowers.

From his top charted hits to the real deep cuts that you only knew if you were an X fan. Slippin’ was the most notable. A track about his dark life. If anyone knew how to dance with his demons, it was definitely DMX. He knew how to express each pain, every part of his truth, and the good parts. He left nothing out.

He penned some of the most memorable relationships with artists like Eve (Ruff Ryder’s first lady), Swizz Beatz, Ja Rule, Jay-Z, and the late and great angel, Aaliyah. It has been twenty years since she passed and unfortunately for this side of the earth, they have reunited. We miss them both in a real way. The famous artist even went viral with one of his most classic songs, “What They Really Want” where women all over world used his lyrics to show their many different looks.

People used the phrase “Ya’ll gone make me lose my mind… Up In here!… Up in here!” as a term of insanity when something went south. So X is no stranger to music, black and international culture, and the most important tool of today, the internet.

The world probably did not know that he was a deacon, he went to prison to share the message of God’s love to people who needed. He knew that he was a messenger and that was forever his mission.

Leaving behind a tribe of fifteen children, girlfriend, and a host of family and friends — business partners and millions of fans. An angel he fought ran his course, gave his heart to the world and testified the trueness of faith and God. There is so much to say, so many things to feel and the world will never forget this moment.

Rest In Abundant Peace, DMX, you will definitely be missed.