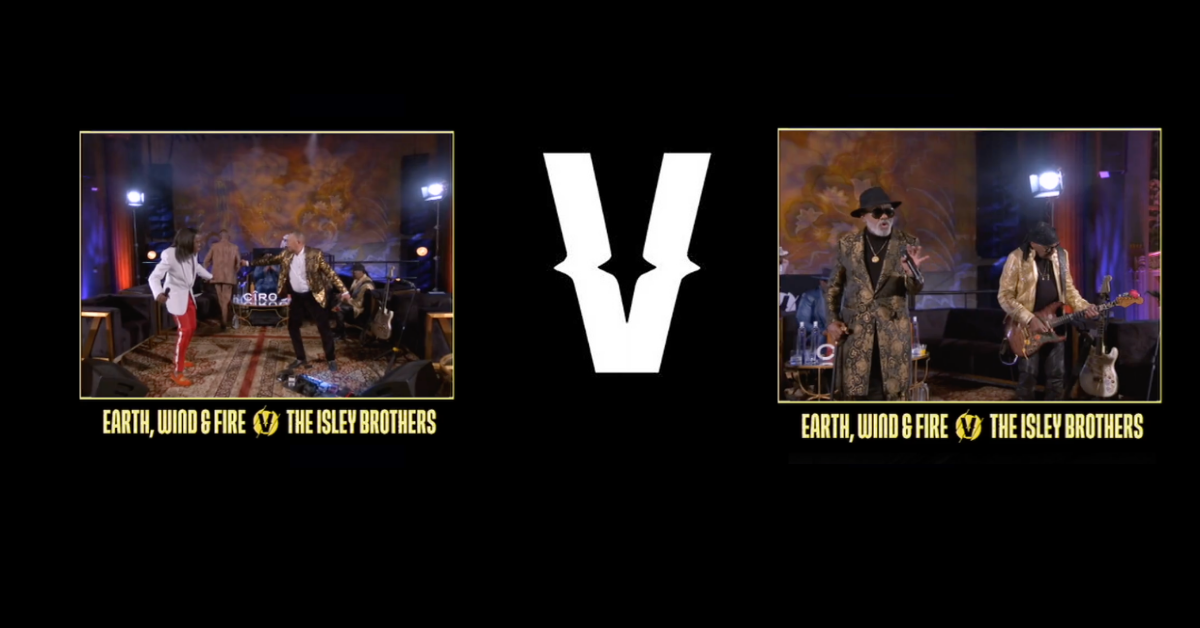 I’m not sure what you were doing Sunday night besides celebrating the most popular holidays ever but still I do not know where else you could have been on a Sunday night besides toasting one up with family in great thanks for another Easter/Resurrection Day. Last night, the most epic and classic night of all time at VERZUZTV!

Literally the entire nation had to have been there because it ranked over 400K viewers to watch Earth, Wind & Fire and The Isley Brother’s share about 20 of their most noted and remembered songs in music history.

DJ D-Nice was able to create the vibe with all of the tunes for the show. The Isley’s on the right side in the most suave uniforms. We all know how Ron Isley goes off with the MINK. It was a privilege to see most of Earth, Wind & Fire together (RIP MAURICE WHITE). Each playing some very light hit at the beginning and revved you up for what was to come later that evening.

Hosted by Steve Harvey, the King of Easter Sunday Suits was there bright eyed and bushy tailed (as the older folks would say) ready to give the legends from both groups, their flowers. It It was definitely an epic moment for all of music history. Im sure that most music lovers didn’t see this one coming when it was announced but it was beyond worth the wait.

Earth, Wind, and Fire brought all of their classics and I did not sit down not one time until it was time to go to bed. It was truly a celebration!

Here is a recap VIA YOUTUBE and some photos I captured straight from the comforts of my computer. I mean, watch the Youtube but you had to be there!