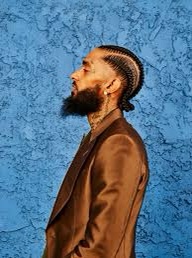 What’s Politikan! It has been a long two crazy years admist a pandemic, economic drought and confusion. We have been taken hostage by things we cannot control. Yet here we are, moving forward as a people.

Just two years ago today, we lost a hero. The African American and brown community was affected in such a way that we will never have anyone to replace a man of such great stature.

Ermias Joseph Asghedom, The man, the myth, the legend. Born August 15th, 1985. Striving to take his family out of the mean streets of South Central, Los Angeles Nipsey Hussle took the good with the bad and made things happen.

A true staple to the culture. A leader in the community, a good father and a man full of knowledge we can’t ignore the influence and power that he possess from his backyard to the white teenage freshman in Jersey. Everybody knew who he was and who he was destined to be. To have such a great guide cut short is a travesty.

Today, we celebrate… toast up, spark up and remember a true legends.