Traydell Holliday was a quiet introverted young man, basketball player in high school, and was very close and attached to his mother. You know a lot of the time when a black child/young adult is murdered like this, there is always somebody trying to create a narrative of a gang banging or troubling past that somehow caused their early demise. We will dead that now, Traydell wasn’t a gang member, he has never been arrested, so there is no need for anyone to dig in his past to create something. Traydell and his family resided in Victorville, California, however Traydell moved to Phelan, California with a friend of his by the name of Amber Williams Mason, 34 years old, 15 years older than Traydell. Ironically Amber happens to be White, and Phelan, California is 87% White.

Tracina Holliday arrived at Arrowhead Hospital the afternoon her son was shot on September 15th. The police didn’t say anything to her or give her any information until October 1, 2020, almost 2 weeks later. Homicide detective James Tebbetts spoke to Tracina, after numerous attempts made by her calling attempting to speak with several deputies. Detective Tebbetts stated to Tracina that her son took a gun to a gun fight and unfortunately he got got. If that is the case then where is the weapon that he allegedly had? Where is the police report? Who are the official suspects? Why did it take almost two weeks for anyone to speak to Ms Holliday about what happened to her deceased son? Detective David Lara spoke to Tracina about a man by the name of Trayvon Holliday and two other black men being killed by the same gun. He was “mistakenly’ accusing Traydell of being Trayvon.

It’s become more and more apparent that those who run this country care less and less about Black lives. Tracina Holliday is one of many many Black and Brown mothers who have lost sons to gun violence only to never get closure on to what happened and why it happened. Many of these cases have been swept under a rug simply because a lot of these mother do not have the mental fortitude, or strength to fight and find out what happened to their children. Problem is, why should these mothers have to fight to find out what happened to their children when our tax dollars pay homicide departments across the nation to do just that? These types of tragedies and the mishandling of justice is exactly why people are demanding that we defund the police departments across the country. Catch the documentary and get the full story from Tracina Holliday herself on the Roku TV channel Politikan within the coming weeks ahead. 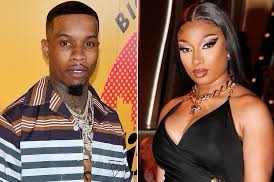 Target to raise their Minimum wage to what?!

One thought on “Justice for all?”