When anyone mentions the G.O.A.T of the NFL Tom Brady automatically comes to mind.

Not if Drew Bree’s has sumthing to say about it. He handed Tom Terrific the worst beat down of his career destroying the Tampa Bay Buccaneers 38-3.

Bree’s was virtually unstoppable as the Saints scored 14 points in the 1st quarter and 17 in the in the second.

With a 6 – 2 record coming in to the match up, everyone believed this would be an electric performance from the Buc’s as they added more fuel to the fire by snagging a future Hall Of Fame talent in Wide Receiver Antonio Brown.

The Buccaneers looked out of sync and out right pathetic as the failed to get anything going the entire game. Many NFL analysis predicted that adding AB to that locker room would disrupt the magic the team had manifested so far this season. It appears so.

This was by far the worst performance of Tom’s career. He looked his age, never looking comfortable in the pocket. Overthrowing receivers and missing wide open target’s. Father time catches up to everyone.

It’s back to the drawing board for Buccaneers Head Coach Bruce Arians as he was reluctant to bring in Antonio Brown since the pairing of Tom Brady and Antonio Brown was rumoured in the off-season. 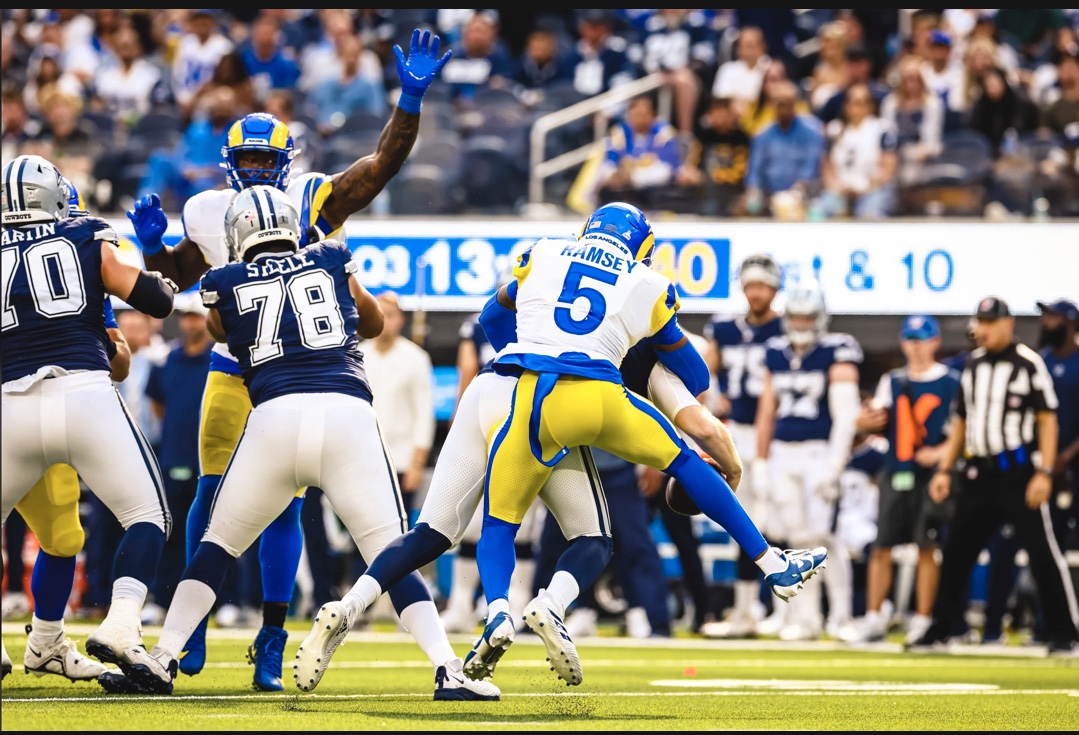 Los Angeles Rams off to a slow start after suffering a home loss to the Dallas Cowboy’s 22- 10.